The following is a list of different horse coat patterns.  I’m going to start with the primary differences between the various paint patterns.

(pronounced: tow be yah’ no) This is the most common pattern, and the spots are usually oval or round patterns that extend down over the neck and chest, giving the appearance of a shield. Most horses have white legs below the knees and hocks with white across the back between the withers and the dock of the tail. Most of the time, the white is arranged in a roughly vertical pattern with more white than dark. The head is usually dark and with markings like that of a typical horse. i.e., star, snip, strip, or blaze. 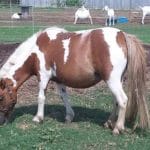 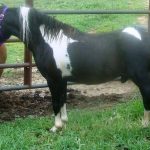 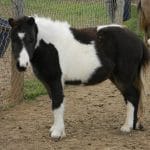 (pronounced: oh vair” oh) The head markings on the Overo is usually a full blaze or bald face. The true Overo will often have four dark legs, and the white markings on the body or neck will appear to be framed by contrasting coat colors. The white markings will not cross the back between the withers and the tail as a general rule. The tail will typically be one color. The Overo paint may be either predominately dark or white. Blue eyes are familiar in the Overo color pattern. 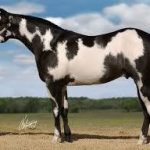 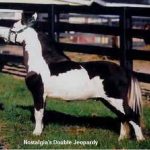 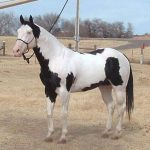 (pronounced: sa bee no) Often confused with roan, Sabino is a slight spotting pattern characterized by high white on legs, belly spots, white markings on the face extending past the eyes, and patches of roaning patterns standing alone or on the edges of white markings. 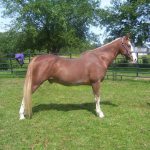 After reading about the horse coat patterns, you should recognize them when you see a horse with these types of markings.

If you would like to submit photos of your horses to be on the website, don’t hesitate to get in touch with us.